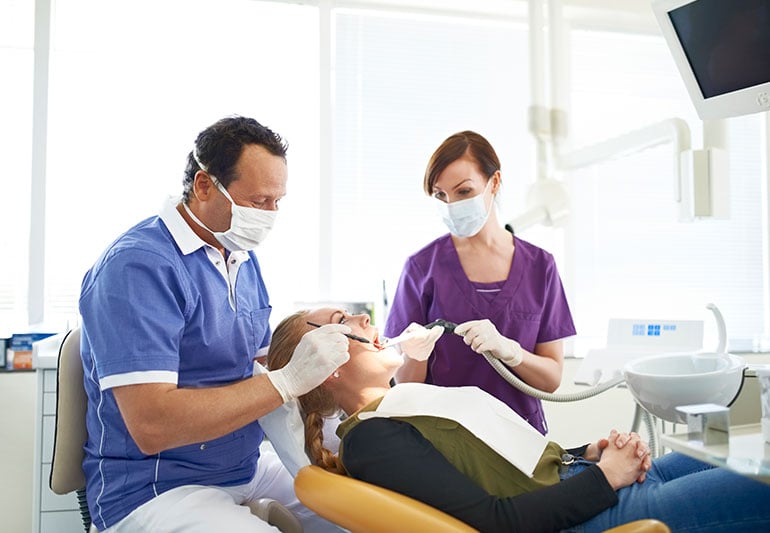 Your teeth matter. You use them to chew things up, which helps with your digestive process. Dentistry covers more than just your teeth, but also your gums and tongue. A good rule of thumb is that if it’s in your mouth, a dentist works on it.

Teeth are one of the most overlooked medical things in the world, for a variety of reasons. Really, a lot of the time it breaks down to the fact that you don’t realize that it’s bad until it’s really bad unless you have a dental hygienist take a look at it before that point.

With that in mind, it makes sense that dental emergency care isn’t something that people really think about until the time comes that they need it, and, trust us,  you’ll be very well aware of the importance when you need it.

But, why is it important? What constitutes a dental emergency? How do you know that you have a dental emergency and not just a bad toothache? All of these things and more are what we plan to look at in today’s article, so buckle up while we explore the importance of emergency dentists.

The Importance of Knowing Someone’s There

Well, realistically, people, in general, don’t fit neatly into those boxes and generally fall somewhere in the middle, but regardless of that these generalizations are at least opposite sides of the spectrum of how people interact with oral pain.

If you’re reading this article, there’s a good chance that you’re closer to the former than the latter. Being on that side of things can make it really hard to see why dental pain is so important, but let’s paint a picture for you really quickly so you can understand a little better.

You wake up at 3:00 AM. Not because of noise, but because of intense tooth pain. It hurts so bad that you can feel it down your leg, and you definitely won’t be able to get back to sleep and get through work in the morning.

So, what do you do? You call the dentist to see if you can get in either right then or sometime throughout the next day. While dentist’s offices are not open at three A.M., there’s still usually some way for you to get in touch with someone for emergencies.

A lot of the time dentist’s offices will have what’s known as an answering service. If you know what that is, fantastic. If you don’t know what that is, it’s essentially just a call center that answers phones for other companies when they’re closed or experiencing a high call volume.

If you still don’t fully understand, imagine an organic interactive voicemail. You call in, they ask you a few questions and determine if you have an emergency, then they either send a message to the office or start calling the dentist to try and get you in that evening.

What the protocol is really depends on the specific dental office. Do keep in mind that the person you’re speaking to with the answering service doesn’t have any power to change things, they’re a third-party company and can only execute the call the way that the dentist’s office tells them to.

Sometimes dental offices have someone that works in the office that answers calls in the middle of the night, but this is exceedingly rare. It’s a lot cheaper to have another company take the calls because most dental offices aren’t expecting calls all night long. At most, they’re expecting 10.

Some dentists provide their personal phone numbers, or at least the number to their work cell phone, to patients. Dentists that do this are very useful, but most dentists don’t do it this way because they are humans, after all, and they don’t want to deal with 5-10 calls throughout the night while they’re sleeping.

Now, if there isn’t a live person that’s been tasked with answering the phone, there is always a voicemail that you can leave a message on. If you leave a voice message, odds are your call will be returned during business hours.

That being said, it’s also not uncommon for dentists to have a system set up that allows them to check office voicemails remotely, so if you have a dental emergency you might not have to wait until the office reopens, but there would be no way for you to know for sure until it happens.

If you go with a dental office that specifically has emergency dental care, odds are that they’ll have a dedicated on-call person to handle emergencies at odd hours. If a dentist doesn’t specifically offer this, it turns into more of a game of luck. 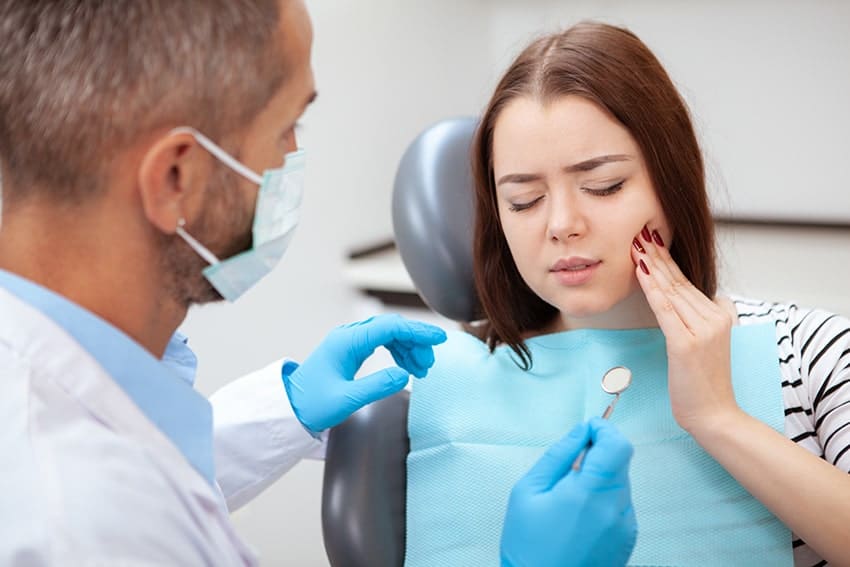 What Constitutes a Dental Emergency

If there’s something that’s difficult in this world, it’s definitely knowing exactly what constitutes a dental emergency can be pretty difficult, especially if you’re the type that always avoids the doctor whenever possible. The word “emergency” can be a little vague in a medical sense.

With some medical specialties, it’s not an emergency unless you’re actively dying. You can be in a lot of pain, but if you don’t fit into the boxes you’re not considered to be having an emergency. It might seem cold, but that’s just the reality of a lot of medical disciplines.

Well, dental emergencies are a little different than that. If you’re in a considerable amount of pain, it’s usually considered an emergency. Some dentists do have a few other requirements, if they do you’ll probably be asked the following questions

In most cases, if a dentist does have other requirements for your issue to be considered an emergency then answering incorrectly will realistically only disqualify you from getting same night service.

That being said, if you’re disqualified from being seen that night, there’s a good chance that someone will try to get you in during office hours. Most of the time they’ll do their best to get you in as close to opening time as they possibly can.

Now, you might be a little confused as to why dentists are often so lenient about their definition of an emergency. If other medical disciplines will decide that you don’t have an emergency based on certain things, why are dentists so willing to provide emergency service?

The reason for this is rather simple, and the short version is that dental emergencies are really easy to notice. Your mouth shouldn’t hurt that bad, there’s a reason why most people completely forget to go to the dentist or understate the importance of emergency dental care in the first place.

Now, do keep in mind that most dental emergencies aren’t life-threatening. The issue with dentistry is that it’s really hard to make a judgment call over the phone. You can’t see into your mouth and it’s unlikely anyone in your immediate vicinity would know what to look for, even with direction.

So, when given the choice, most dentists would much rather have you come in to make sure that everything is ok than to let you sit there with a life-threatening tooth issue that could either cause a much larger emergency or, unfortunately, end up costing you your life.

Getting Dental Care When You Need it Most

Most of the time, your mouth is fine to the point that you might even forget that dentists exist occasionally. That being said, even if it’s only 1% of the time that you have serious dental issues, you’ll be happy that you had an emergency dentist.